On Yud Shevat, a big event was held in Tel Aviv, in honor of the Rebbe Shlita Melech Hamoshiach. Rabbi Binyomin Edery, Chabad Tokyo, flew in especially to talk at this momentous occasion. 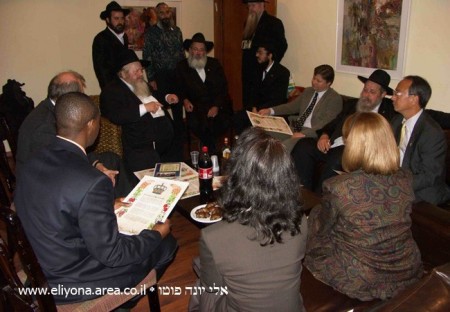 Ambassadors from six different countries came to take part in the gathering and declare in the name of the states they represent, their support of the Sheva Mitzvos Bnei Noach. They represented; Poland, Latvia, Mexico, Panama, Ghana, and Japan, they were part of a special program organized by Harav Boaz Kali. 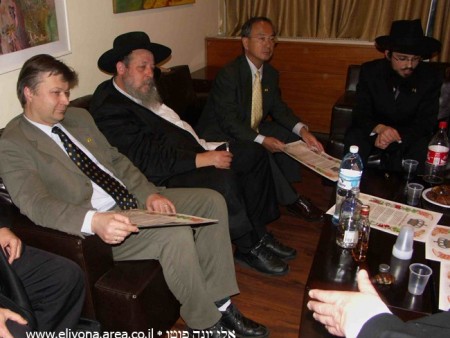 The ambassadors are listening to the importance of the Noahide laws. 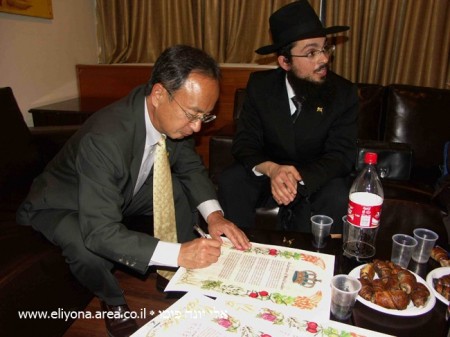 Ambassador of Japan signing the 7 Noahide Laws. To his side is sitting the Shaliach of Chabad Japan, Rabbi Binyomin Edery. 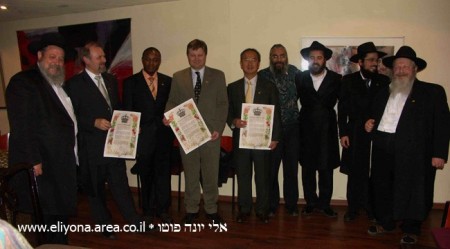