This week, Nanbu Bijin Sake which is under Rabbi Edery’s Kosher Supervision mark, Kosher Japan, made a promotion of its many types of sake at the Japanese Ambassador’s residence in Tel Aviv, Israel. Kosuke Kuji, the owner said it was a great success and people were especially happy to see that the sake had the Kosher Japan mark. Special thanks to Mr. Josh Cohen for his ongoing support, advice and effort in making more Japanese products kosher under KJ. May Hashem bless him with all the brachot. 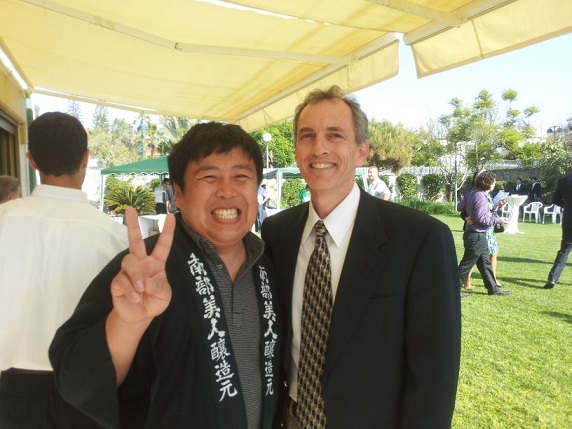 In the picture above: Kuji san, owner of Nanbu Bijin Sake Factory, with Josh Cohen owner of Amber Flavors